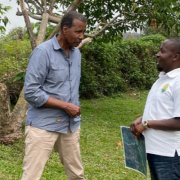 Amazing work by the UC Davis One Health Institute to detect new viruses in global hotspots was recently featured on the CBS television news magazine 60 Minutes.

Christine Kreuder Johnson, Co-Champion of the Grand Challenges Emerging Health Threats focus area, was among those interviewed about this critical effort. Click here to read more about Epi-Intelligence at the One Health Institute’s website.

From 60 Minutes: “An outbreak of the deadly Ebola virus in Uganda has alarmed scientists. While no cases have yet been discovered outside Africa, the U.S. has started screening all arrivals from Uganda. Ebola is among the deadliest of pathogens capable of jumping from wild animals to humans—just as COVID-19 likely did. It’s called spillover. Disease detectives warn the threat of spillover has never been higher as urban populations grow and come into contact with wild animals and their viruses. Since 2009, American scientists have discovered more than 900 new viruses. Now, the U.S. government is doubling down, sending virus hunters to global hotspots to find the next deadly virus before it finds us. We joined a team from the University of California Davis and their Ugandan partners in the rugged Impenetrable Forest on the search for Pathogen X.” 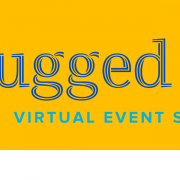 “I think the opportunity for transdisciplinary engagement, research, communication, teaching, and training has never been better, and that is incredibly exciting to me,” Emerging Health Threats Champion Christine Kreuder Johnson said.

Sustainable Food Systems Champion Justin Siegel highlighted his desire to be involved with the initiative by recalling a conversation he had with Howard-Yana Shapiro, Senior Fellow in the UC Davis Plant Sciences Department and Co-Chair of the Grand Challenges Board of Advisors. Shapiro noted that, while Siegel’s prior work on celiac disease was noble and important, the innovations impacted a relatively small percentage of the world population, inspiring Siegel to pursue additional world-changing work.

“Don’t you want to effect 50 or 100 percent of the world? Don’t you really want to do things that touch everybody’s lives,” Siegel recalled Shapiro saying. “And it just sat with me, and I was like, ‘The answer is, yes, I definitely do.’”

The scale of global problems can feel overwhelming at times, but the UC Davis campus community is making great contributions to solving these problems. The goal of the Grand Challenges initiative is to escalate our impacts by harnessing the power of the breadth and depth of expertise on our campus, along with our connected global networks, to make even more significant and immediate improvements in the lives of billions of people.

Climate Crisis Champion Isabel Montañez discussed not being daunted in the face of seemingly immense obstacles when it comes to global problems like climate change.

“It’s the innovative and purposeful research, such as what is being carried out here at UC Davis, that has a very high potential to turn around these impacts of climate change, and in our not-so-distant future,” Montañez said.

Reckoning with how UC Davis was founded, the heinous ramifications for Indigenous peoples, and creating a more just university will be a key component of Reimagining the Land-Grant University, said Champion Beth Rose Middleton Manning, noting the importance of community when it comes to devising real solutions.

“We’re going beyond the land acknowledgment to build relationships, partnerships, collaborations, and projects that are mutually beneficial,” Middleton Manning said. “We’re further realizing the promise of democratizing education by investing in diversity and inclusion.”

How each of the initial focus areas overlap and influence one another was a frequent point of discussion during the virtual event. UC Davis’ unique potential to address such a broad range of intertwined issues was also highlighted.

“We’ve all been saying these are wicked, tricky questions and the problems are deeply interconnected, and there’s not a one-word answer to any of these,” Siegel said.

Vice Provost for Grand Challenges Jonna Mazet, who moderated the panel, discussed the importance of developing comprehensive solutions, as well as including people and disciplines who have not been previously represented.

“We are now intentionally and aggressively accelerating our work on some of the world’s most daunting challenges,” Mazet said. “And, importantly, expanding the role and visibility of voices in the social sciences and arts and other disciplines to help society connect with and implement effective solutions.”

And, all agreed, those solutions have never been more needed than right now.

“This is a defining moment in so many ways and Davis is incredibly well-placed to meet the moment,” Kreuder Johnson added.

Grand Challenges is growing and additional opportunities to be involved are happening soon. To get involved, please contact us at grandchallenges@ucdavis.edu. Follow us on Twitter: @GC_UCDavis. 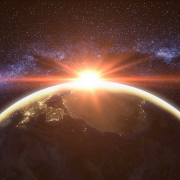 Climate change presents growing risks to life on Earth, personal decisions take on increased significance in an age of emerging health threats and antiquated food systems impact millions of lives every day. UC Davis is a model for universities around the world, and how we operate as a land grant university has never been more important – especially because of our ability to make positive change.

Broad and often nuanced solutions are needed for the host of complex problems facing the world. UC Davis Grand Challenges was initiated to help remove obstacles to transdisciplinary collaborations and to use the power of expertise in our campus community to find more holistic solutions to some of these daunting issues. The initiative is working rapidly to bring disciplines together in new ways to advance UC Davis’ global impact. 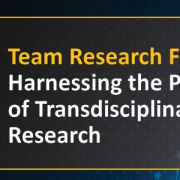 Join UC Davis Grand Challenges and the Office of Research Friday, November 4 at 10:30 a.m. for a discussion on how you can be involved in the university’s initiative to use transdisciplinary research to advance solutions to the world’s wicked problems.

Grand Challenges is moving forward rapidly, using a social and environmental justice lens to connect the campus community around solution-oriented work and increase the university’s ability to make tangible, positive change. This discussion will highlight Grand Challenges’ initial focus areas – Emerging Health Threats, Climate Crisis, Sustainable Food Systems, and Reimagining the Land-Grant University – as well as include an example of one of the initiative’s engagements and show how people from every discipline can get involved with creating solutions to these critically important challenges.

Click here to register for the virtual event via Zoom. 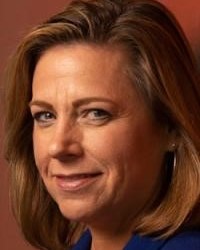 Jonna Mazet, DVM, MPVM, PhD, is the Vice Provost of Grand Challenges and the Chancellor’s Leadership Distinguished Professor of Epidemiology and Disease Ecology at the University of California, Davis, where she founded the One Health Institute. Prof. Mazet is active in global health problem-solving, especially for emerging infectious disease and conservation challenges. She was the Global Director of the viral emergence early warning project, PREDICT, developed with the US Agency for International Development’s (USAID) Emerging Pandemic Threats Program. An elected member of the US National Academy of Medicine, she also serves on the National Academies of Science, Engineering, and Medicine’s Forum on Microbial Threats, One Health Action Collaborative, and Standing Committee on Emerging Infectious Diseases and 21st Century Health Threats. 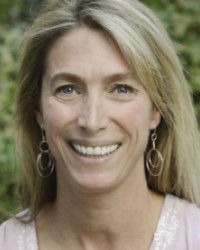 Christine Kreuder Johnson is Professor of Epidemiology and Ecosystem Health and Director of the EpiCenter for Disease Dynamics. Her work is committed to transdisciplinary research to characterize impacts of environmental change on animal and human health, inform preparedness for emerging threats, and guide public policy at the intersection of emerging disease and environmental health. Professor Johnson’s research has pioneered new approaches to characterization of emerging threats and disease dynamics at the animal-human interface in rapidly changing landscapes that constitute “fault lines” for disease emergence, disease spillover and subsequent spread. 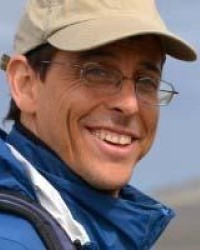 David Coil is the Public Health Coordinator at Student Health and Counseling Services at UC Davis. Over the last few years, David has worked on three aspects of pandemic response; helping set up and run the asymptomatic testing operation in Davis, working on methods for environmental surveillance of SARS-CoV-2, and helping coordinate genotyping/sequencing efforts to track viral variants. Prior to the pandemic, David was a lab manager responsible for supervising research projects in microbiology, microbial ecology, and genomics in the Eisen Lab. A significant portion of his previous efforts have been in science communication and outreach, including sending bacteria to the space station. David is the creator of “Gut Check: The Microbiome Game.” David received his PhD in 2005 from the Fred Hutchinson Cancer Research Center/University of Washington, working on retroviruses. Since then he has lectured at the UW, done a post-doc in Belgium working on Legionella, and helped direct a non-profit in Alaska called Ground Truth Trekking. 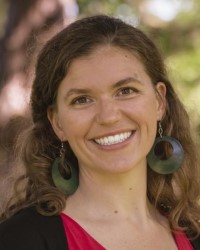 Heather Bischel is an Assistant Professor in the Department of Civil and Environmental Engineering at UC Davis. Bischel’s research aims to support public and environmental health through safe and effective water and wastewater management. In 2020, Bischel launched the wastewater-based disease surveillance program of Healthy Davis Together (HDT), a collaboration between the City of Davis and UC Davis to combat COVID-19. She is now working with partners UC Merced to expand wastewater monitoring in three counties through the Healthy Central Valley Together (HCVT) project. HCVT aims to increase health equity in wastewater surveillance in rural and underserved communities in California. UC Davis was designated a National Institutes of Health (NIH)-funded “Center of Excellence” for wastewater-based COVID-19 surveillance. Bischel recently began collaborating with researchers at UC Berkeley, UC San Francisco, and Lawrence Livermore National Laboratory on the Pandemic Readiness and Equity through Virus Epidemiology of Wastewater (PreVIEW) project. HDT’s wastewater-based epidemiology program’s overall success has earned national recognition, including mentions in WIRED, The Wall Street Journal, and The Washington Post. 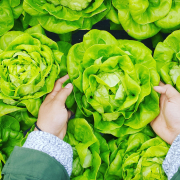 This first campus convening for Sustainable Food Systems will take place 11 a.m. to 1 p.m. Tuesday, Oct. 4. The event will be held virtually or at a to-be-determined on-campus location, and will be split into two hours. All are invited to attend either or both parts:

Grand Challenges is working to bring together individuals from all colleges and schools across the many disciplines represented at UC Davis to holistically tackle immense societal and environmental challenges in an inclusive, coordinated, and strategic way.

Please click here to register for the meeting by Wednesday, Sept. 28.

If interested in participating in the NSF Innovation Engines proposal, even if you cannot attend the meeting, please fill out the following preparation form by 12 p.m. Oct. 3.

If you cannot attend the meeting but would still like to be involved and informed, please email: grandchallenges@ucdavis.edu.

Discover how our expert faculty and researchers are unpacking the complex issues of climate change, UC Davis’ status as a land-grant university, sustainable food systems, and emerging health threats while developing innovative solutions to create a better world for all.

Click here to register for the virtual event via Zoom. 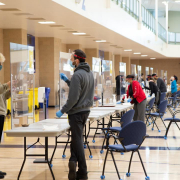 The University of California, Davis, will host a workshop that explores lessons learned through university and community partnerships during the COVID-19 pandemic in hopes of lessening devastating consequences locally, nationally and globally as well as aiding in prevention of future epidemics and pandemics. Plenary sessions featuring case studies will be available to the public by livestream. 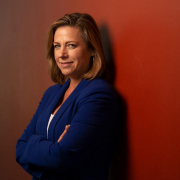 The tragic personal and social costs of the COVID-19 pandemic, and the devastating effects of climate change to the Earth and its living things, have powerfully driven home a critical lesson: If we want to protect ourselves and our world, we must, without further delay, make unprecedented efforts to address the global challenges that most threaten them. 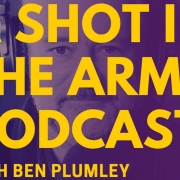 Internationally respected epidemiologist and UC Davis Vice Provost for Grand Challenges Jonna Mazet returns to A Shot in the Arm Podcast. She joins host Ben Plumley to discuss the need for a multidisciplinary approach to building trust in science, as well as the biggest lessons scientists have learned from the two-year battle against COVID-19.

The episode was made in partnership with the Bay Area Global Health Alliance, a network of academic institutions, nonprofits, and innovative tech, biotech and pharmaceutical companies — all committed to advancing global health equity and innovation.